On June 23, 2013, we were honored to have the Rev. Wallace "Wally" J. Bieber visit the church on the occasion of his 56th Anniversary of his ordination into the United Church of Christ, to present several gifts to the church. Rev. Bieber is one of two "sons" of the church who have gone on to ordained ministry (the other is the Rev. Harry Heffelfinger, who was ordained into the Lutheran Church). Rev. Bieber also has the distinction of being the first individual to be ordained at our church (the other person ordained here was Rev. Samantha Drennan, our current Associate Pastor, whose Rite of Ordination into the Lutheran Church took place on November 5, 2011).

Rev. Bieber was ordained at Jerusalem Western Salisbury (his home church) on June 23, 1957. At that time the Ladies Aid Society presented him with a communion kit and a black robe, both of which he returned to the church on June 23, 2013. The objects were used by Rev. Bieber through his years of ministry and he felt that at his retirement, they permanently belonged at his home church. We thank him for returning the artifacts from the past and thank God for his long ministry among God's people. 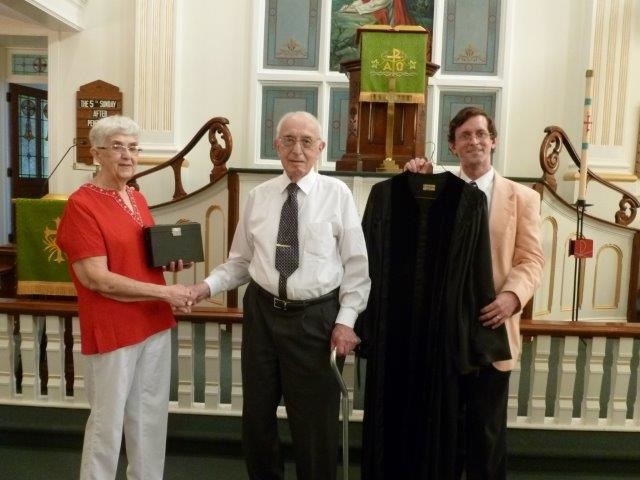 Rev. Bieber grew up in this church, having been baptized by the Reformed Minister Rev. Daniel E. Schaeffer on 17 September 1925. The son of Henry Solomon and Helen B. (Flexer) Bieber, Rev. Bieber's lineage dates back to the early years of the church, and all of his grandfathers, among the first to settle in the Salisbury area, are buried in our cemetery.

Over the years, many of Rev. Bieber's family served as deacons of the church. His great-grandfather, Henry G. Bieber, served as a deacon, elder and trustee of the Reformed Congregation. He would also serve as one of the three members of the Building Committee in 1884, which oversaw the renovations of the church that year. While Henry was a farmer most of his life, he took on the trade of carpentry in his youth, more than likely up until he got married to Eva Elizabeth Kline, daughter of Reuben and Judith Klein, on 23 January 1859. His obituary, which appeared in the Allentown Democrat newspaper on June 2, 1914, the day after his death noted that "he died in the house in which he was born and where he made his home all his life." 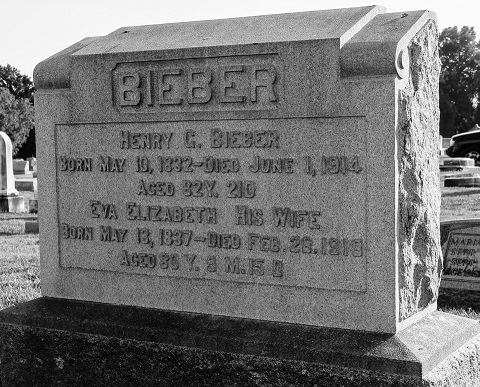 Rev. Bieber also brought along one other artifact to give to the church at this visit, the tool box and some tools used by his great-grandfather, Henry G. Bieber. Tradition is that these tools were used here at the church when the renovations and rebuilding took place in 1884 and 1885. The tools had been lovingly cared for and preserved by earlier generations of the family and now had come into Rev. Bieber's possession. When he presented the tool box and tools, Rev. Bieber challenged me to learn more about his great-grandfather's involvement in the Building Committee and these are the results of my research: On May 14, 1884, Henry G. Bieber, Jacob Andreas and Francis Kemmerer were elected to serve as the Building Committee. On May 26, 1884, the work was to proceed as planned, under the direction of the Building Committee (1941 History - 3rd Supplement, pg. 9). Henry Bieber was also compensated by the Treasurer of the project, Tilghman P. Kline, for labor at the schoolhouse at the final financial accounting of the project (ibid., pg. 16). An accounting in 1885 revealed that Henry Bieber indeed gave 25 days work as part of the Committee of Builders (ibid., pg.14).

So these tools were more than likely used at the church by Henry G. Bieber as part of his work serving on the Committee of Builders. We thank Rev. Bieber for his foresight in donating these artifacts of the past that will help to tell the story of the vibrant history of Jerusalem Western Salisbury Church. I am trying to figure out a way in which to display the tool box and tools in the church that can tell this interesting story. Perhaps they will be placed in the display cases in the Narthex of the church, which would be right near the plaque that bears Henry G. Bieber's name as a member of the Building Committee of 1884. These tools have been returned to a place where they can be preserved for the future, almost 130 years after they were used in the renovations and rebuilding of the church. 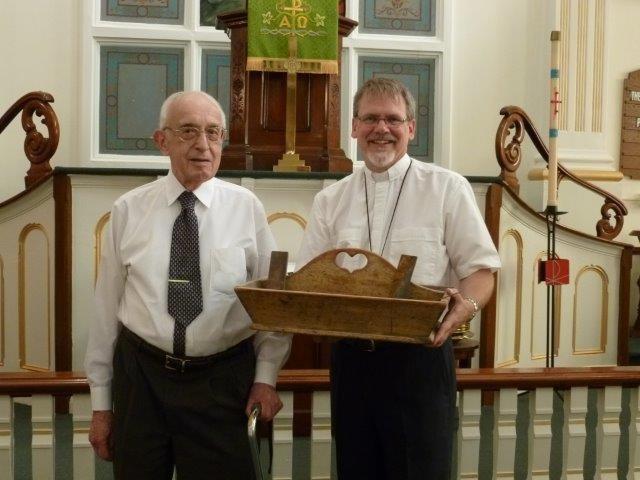 It is a lot of fun delving into the rich history of the church and the area. As many of you know, I am always working on many projects, and one of them currently is researching the history of Dorney Park. If you have memories and/or photos, brochures, postcards, movies, other memorabilia of the park that you would like to share with me, please contact me.

I have am very pleased that people are so interested in the rich history of our church and the area. If you have a curiosity about our church and its history or would like to share any artifacts, pictures or other memorabilia of the church, please contact me through the church office or at Finkyx@aol.com.