Did you know that the well known local establisment called the King George Inn, recently saved from the wrecking ball by a grass roots preservation group, has a connection to Jerusalem Western Salisbury Church? The connection is the Dorney family, which has its early roots at this church. 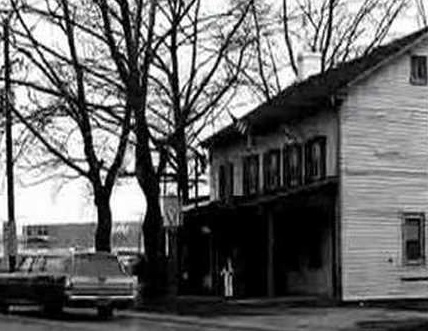 The progenitor of the Dorney family branch connected with our church, Johan Heinrich Dorney, was born circa 1716 to Johannes and Anna Eva Dorney of Bavaria, Germany. He came to America with his newly wed wife, Anna Appolina Heberlig, on the ship Phoenix on September 30, 1743. Heinrich was a stonemason, as was his father before. Heinrich Dorney and Appolina had at least six children: Eva Catherine (born 21 October 1745), Salome (born circa 1746-47), Daniel (born circa 1747-48), Adam (born circa 1750), Henry (born circa 1752), and Jacob (born circa 1760). According to the records of Jordan Reformed Church, Henry died on 31 October 1771.

Henry's second oldest son, Adam Sr. (c. 1750 - April, 1818), was a joiner (specialized carpenter) who lived in Whitehall Township. He married Margaret Eva Guth, daughter of Lorenz Guth Sr. and Maria Salome Gertsch, circa 1770. They had eleven children including the eldest Peter (born 2 October 1771) and second eldest Adam Jr. (born 26 September 1774). It is Peter Dorney that connects our church with the King George Inn.

Peter Dorney was baptized at Jordan Reformed Church on November 2, 1771. In 1796 or 1797, he married Maria Susanna Beck (born 24 December 1772), daughter of Frederick and Margaret Beck of Northampton County. The couple had five children: Elizabeth, Catherine, John, William and Salome. Peter was a farmer and eventually conducted a tavern at the crossroads of the Allentown-Reading-Lancaster Road (U.S. Route 222) and the Buffalo Trail (Cedar Crest Blvd, which eventually leads to the Kings Highway). "Dorney's Tavern" (later known as the Dorneyville Hotel) was built circa 1756 and was run by Peter after 1796. In addition to managing the tavern, Peter later became Lehigh County's first coroner in 1812, and also served as a director of the Northampton [Allentown] Bank in 1814.

At some point, Peter and at least some of his family, including his brother Adam Jr. and his family, became affiliated with Jerusalem Western Salisbury Church. Peter's son John (4 November 1802 - 19 March 1871) was married to Elizabeth Biery, daughter of John and Catherine Troxell Biery, on 3 September 1826 at our church with the Rev. Daniel Zeller officiating. 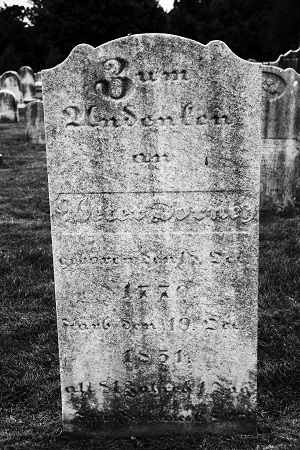 When Peter died on 19 October 1851, he was buried in the New Cemetery (Early Burials, Row 13, Tombstone 10). When John's son David died on 30 March 1852, he was buried next to his grandfather (Early Burials, Row 13, Tombstone 9). Among John and Elizabeth Dorney's other 12 children was Lydia Ann, who married Edwin H. Romig, great-great-grandfather of Lucille Joyce Reinhard Held (7 February 1923 - 3 August 2013).

The Tavern continued to be operated off and on by members of Peter's family for many years. He was succeeded by his son John Dorney, then Edwin Muse (who married Matilda Dorney, John's daughter), and then Nathan Frederick, David Gilbert, James Yeager (who married Mary Dorney, another one of John's daughters), and Tilghman Yeager (James' son and Peter's grandson). After 1932, Charles B. Kistler obtained the property and later sold it to Stanley and Grace Downing. During the later years that the Downings owned the tavern, it was called the "White Horse Inn" and a large wooden horse stood in a corral in front of the hotel. In 1970, Clifford McDermott purchased it and changed the name to the "King George Inn." The building was placed on the National Register of Historic Places in December, 1977 and continued to operate as a restaurant until August 2012.