July 2014 marks the 45th consecutive year of holding a church sponsored camping program known over the years as Choir Camp and currently operated as Church Camp. I thought it might be timely to write a short history of the camp since the camp has reached this milestone. A special thank you to Mr. Neil Moyer, Camp Director Emeritus, who has faithfully kept records of the camp over the years and helped in filling in details for this short history.

Originally, the first Western Salisbury Lutheran Choir Camp was sponsored by the Lutheran Choir and was held as a reward for the choir members. The camp was organized by Mr. Louis Peters, Lutheran Organist and Choir Director, Mrs. June Laudenslager, and Pastor John Kline, the Lutheran pastor. The first camp was held Sunday July 5 through Sunday July 12, 1970 at Camp Kline, RD 1, Cresco PA. The staff was mostly made up of choir members and children were invited from both congregations, though it was sponsored by the Lutheran Choir. Over the years, the camp changed its focus from a music oriented camp to a bible study camp. Today, the camp has adopted the church's mission statement and is known as the Jerusalem Western Salisbury Church Camp. 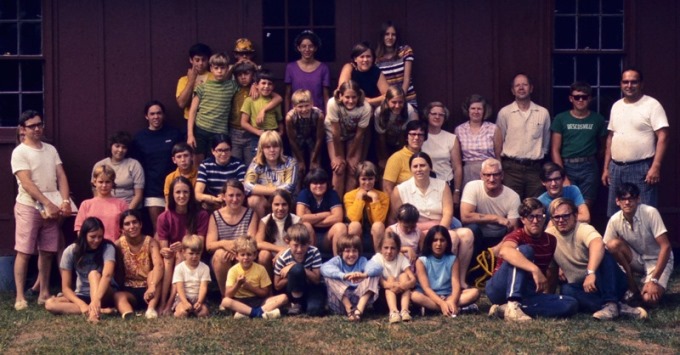 A group shot of the campers and staff in the 1970s

Over the years, the camp has continued to serve the next generations. Mr. Neil Moyer has attended 43 years of the camp, more than anyone else. He, as well as his sons Steve and Tony, continue to attend the camp, as well as his grand daughters Harmony and Mary Lou. Mrs. Debbie (Reichard) Fink attended the first two years of the camp. Her son, Joshua had attended the camp since 1988 and today serves as the Camp Director. The Hoffman and Bergstresser families, who were involved from the very early days, still continue to help support the camp in many ways. 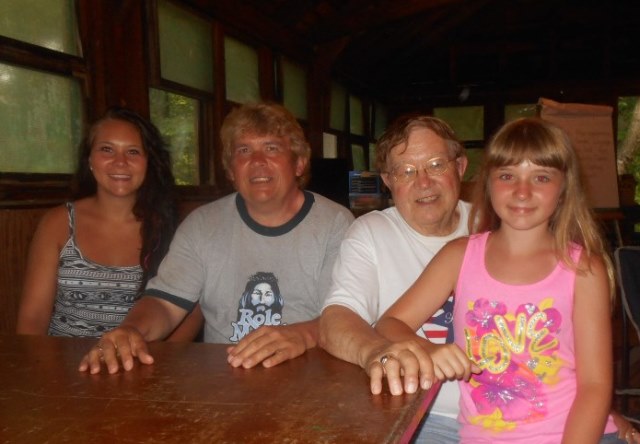 We thank God that many individuals over time have helped to support this camp for the young and old of our congregation and invited friends; it is a great opportunity to be in God's creation for one week a year. The camp organizing committee looks forward to the 50th year in 2019.

I have appreciated the positive responses to my articles and I am pleased that people are interested in the rich history of our church. If you are curious about our church and its history, please contact me through the church office or at Finkyx@aol.com.