Photograph of Pennsylvania German Geburts and Tauf Schein of Johannes Bogert, born 28 September 1808
(Fraktur from the collection of Joshua A. Fink)

On May 17, 2015 I conducted the annual Spring Cemetery Walk. Attending this year's walk were many descendants of the Bogert family, an early "Founding Family" of Jerusalem Western Salisbury Church. Everyone seems to know where Bogert's Bridge is, but who was the family connected with the bridge? Since I was expecting so many Bogert descendants, I decided to visit several tombstones of the Bogert family members on the walk. So this month, I continue the series on early families of our church focusing on the Bogert Family.

The first member of the Bogert family to come to this area was Peter Bogert, who was born in Germany on 13 December 1721. He came to America on the ship Friendship, which landed at Philadelphia on 2 November 1744. He purchased land in 1753, on which was already erected a sturdy log cabin. Today that cabin is known as Hunter's Cabin, which is near Bogert's Bridge and is said to be the oldest structure in Lehigh County, built circa 1741, the same year our church was built.  Peter had at least two children, Catherine (who married Frederick Mohr) and Jacob. It is not known when Peter Bogert died or where he is buried, though tradition says that he is buried in our old cemetery. 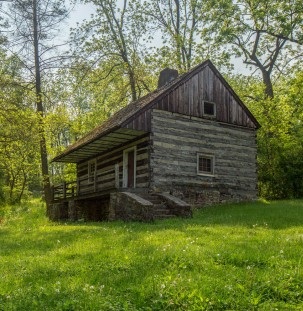 Hunter's Cabin, near the Bogert's Bridge

Jacob Bogert, son of Peter, was born 26 August 1748. He was a farmer who lived in Salisbury Township and married Anna Mohry (15 July 1753 - 4 November 1826). Jacob Bogert served in the Revolutionary War as a Private in the 7th Company of the 4th Battalion of the Pennsylvania Militia. They had at least six children including Peter, Johannes, Catherine, Magdalena, Barbara and Anna Maria.  Johannes Bogert Sr. (1 December 1772 - 15 August 1854), son of Jacob Bogert, inherited the land of his grandfather on both sides of the Little Lehigh River at Bogert's Bridge. He married Maria Elizabeth Kline (28 October 1767 - 8 December 1867), daughter of Lorentz and Eva Stettler Klein. At one time, Eva was the oldest person buried in the cemetery, having died at the age of 100 years, 1 month and 21 days. His father Jacob, as well as Johannes, was involved in the building of the third church in 1818-1819. Johannes preserved a small paper booklet, written in German Script, begun in 1818 by F. A. Gotze, which recorded the work done to build the present sanctuary in 1819. The Bogerts helped with hauling wood, boards and stone, as well as chopping wood. In addition, John Bogert promised to pay $75 toward the building of the church.

Johannes Bogert Jr. married Abigail Knauss (26 January 1812 - 27 February 1890). Johannes was a farmer like his ancestors before him and inherited part of the land of Peter Bogert, the other part going to his brother Jacob. He was a distinguished looking man, judging from his portrait which was taken around the time of the Civil War. He died 11 March 1874 and was buried in the Early Burials Section, Row 2, stone 4.  His wife Abigail was later buried beside him.  The Bogert family continued on in later generations and that will be the subject of a later issue of History Highlights. 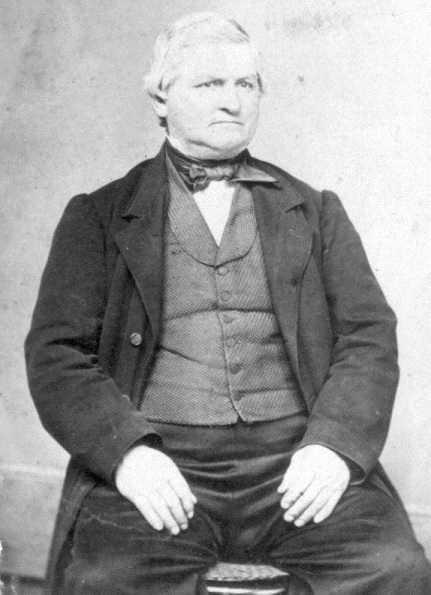