Last June, History Highlights also featured the Bogert family (Vol. 4, No. 6). The earliest Bogert ancestor was Peter Bogert, who built a log cabin on the west side of the Little Lehigh Creek around 1741, today known as Hunter's Cabin. 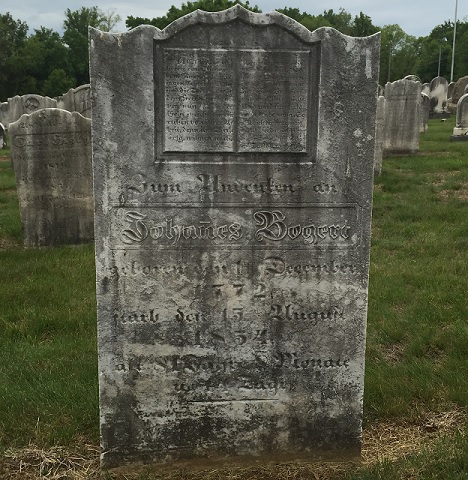 When the covered bridge was built over the Little Lehigh in 1841 at the Bogert farm, it was aptly named "Bogert's Bridge"; though the family did not build it. Instead the honor of building the bridge goes to Solomon Butz (1808-1878), great-grandfather of Lee Butz of Alvin H. Butz, Inc. 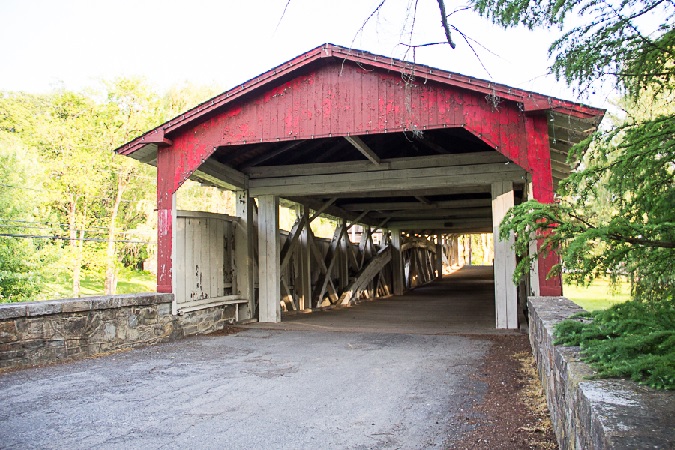 The Bogert's Covered Bridge is the oldest in Lehigh County and one of the oldest and longest in Pennsylvania (it is 145 feet long.) Built utilizing the Burr-Truss design, there were no nails or iron pieces used in the original construction. Instead two long wooden arches rest on stone abutments at either end of the bridge, distributing the weight evenly. The bridge survived the great flood of 1862 and other later floods, as well. It was modern trucks, however, that rendered the bridge unusable to anything more than bicycles, runners and pedestrians these days. In fact, in 1957, the bridge was slated for demolition until the "Save the Bogert's Bridge Committee," a concerned citizens group, put a stop to it and saved this historic treasure for the future generations.

Now the bridge is in need of restoration, and so the Friends of Allentown Parks, under the able direction of Karen ElChaar, Esq., is undertaking a fund drive; the Celebration on June 12 is a part. Come out to celebrate the anniversary of this historic landmark and Jerusalem Western Salisbury Church that day. You won't be disappointed!