In planning, the 275th Anniversary Committee has looked to the 250th Anniversary Celebration in 1991 for inspiration. However, we have come along way since 1991, so the 275th Anniversary Committee decided back in 2012 that the events for 2016 would be focused on both our past and present, with an eye to the future. All of our events have been designed for both the congregational members and members of the community. We want people to come to Jerusalem Western Salisbury Church to help us celebrate and see what we have been up to for 275 years, doing God's work and sharing God's love together in our community. We want to use this Anniversary year as an opportunity for outreach and evangelism to our community. 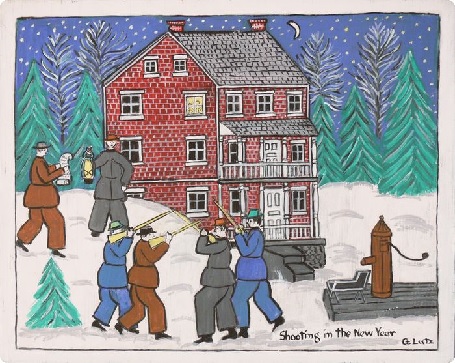 The historical precedent for this is as follows: those who used to travel in groups and made noise on Christmas, Second Christmas (the day after Christmas) and New Year's Eve/Morning were called the fantasticals or fantastics (similar to the mummers tradition of Philadelphia). On New Yearls, the group was specifically called the New Year's Wishers party. Members sometimes dressed in costumes and masks and marched or rode from house to house in a group with all sorts of noisemakers. This merrymaking was usually accompanied by the shooting guns into the air. When they arrived at a home, the leader of the group would provide a New Year's wish, which was meant to give the family good luck throughout the year. Then the group was admitted to the home where the family provided hospitality and food and drink; later the group moved on to the next home.  An article in the January 1907 edition of The Pennsylvania-German (8, no. 1), noted that this merrymaking "was a means of manifesting good will and expressing greetings, which now is supplanted by less offensive methods." Arriving at the homes of the neighbors was a way to show concern for the neighbors in the days before people sent greeting cards. This was a community-minded event that people looked forward to each year.

Our New Year's Day event continued with the ringing of Hand Bells and Chimes and the singing of traditional Christmas Carols. Finally, a proclamation was read to declare the official beginning of the 275th Anniversary Year, after which our historic 131 year old Church Bell in the tower was rung 275 times. 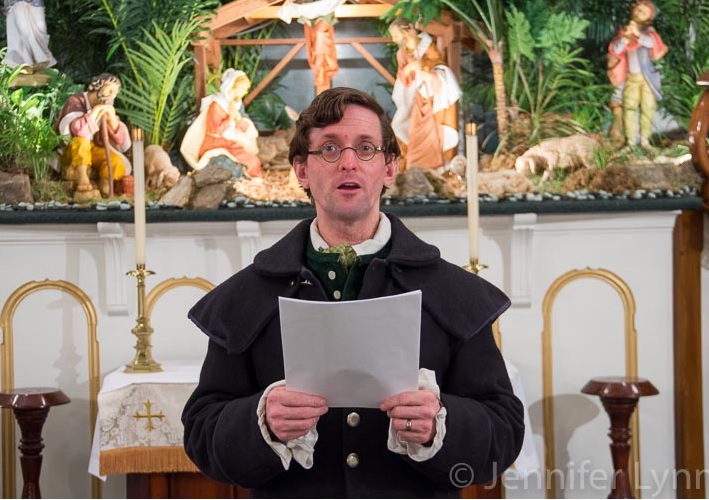 In January, we also hosted a successful Piano Party with Susan Royer’s piano students on Sunday January 3, and hosted the Lehigh Mission District Epiphany Service on Wednesday January 6 (which featured the Senior Choir and Hand Bell Choir). And that was just the beginning. Our 275th Anniversary Committee has planned many more special events for every month of the year: breakfasts, cemetery/church tours, craft and vendor fairs; as well as special worship services, concerts, outreach events and other special events.  Each month, a list of the special events will be featured at the end of my article. The Committee certainly hopes that you will help us to make 2016 a year to remember!

In February, the committee will be co-sponsoring our annual Shrove Tuesday Program on Tuesday, February 9 at 5:30 p.m. This celebration is held on the last day of the season of Epiphany and the day before the beginning of Lent. In our area, the Pennsylvania Germans call it Fasnacht Day. In other areas it is called Pancake Day, Fat Tuesday, or Mardi Gras. Traditionally, the Pennsylvania Dutch made Fastnachts on this day to get rid of the rich lard and sugar before the beginning of Lent, when these things were supposed to be given up as a sacrifice.  Eating a fastnacht on this day was also supposed to bring good luck to the person who ate it. Fastnachts today come in a variety of forms, but traditionally they were square with a slit cut into them. The doughnut form with the hole in it has become the more popular version in the 20th and 21st Centuries. Join us for this event, where you can have your fill of fastnachts and enjoy the new "Best Apron Contest" (be sure to bring yours along) and the annual "Fastnacht Flipping Relay Race." Later on in February, will be having our monthly Community Breakfast on Saturday, February 13 from 8:00 a.m. to 11:00 a.m., which has a Valentine's Day theme, and a concert on Sunday, February 21 at 3:00 p.m., featuring the Easton Are High School Chamber Singers, under the direction of our own Peter Deshler (who also directs the Jerusalem Singers).

I appreciate the positive responses to my articles and I am pleased that people are interested in the rich history of our church. If you have a curiosity about our church and its history, please contact me through the church office or at Finkyx@aol.com.