As the committee is working diligently to plan events for this milestone anniversary, I thought it might be interesting to look back to 1991, when the church celebrated its 250th Anniversary. It is my belief that in many ways, that Anniversary celebration year laid the groundwork for our present Shared Ministry, the sharing of resources and ministries that we have had at Jerusalem Western Salisbury for over 15 years.

In 1991, the Lutheran pastor was the Rev. Carl Schmoyer and the interim UCC pastor was the Rev. Labert Altemose. The congregations had a separate council and consistory and also a third independent board, the Joint Board, to run things for the (as it was called then) Union Church. There were separate church services for the Lutheran and UCC congregations, alternating between 8:00 am and 10:30 each week. There were separate committees and individual UCC and Lutheran Junior and Senior Choirs. All of that is history of course, but none the less important to note in order to understand what happened that year.

From that first meeting, the committee set out to make the anniversary year memorable. The committee decided that they would have at least one event for members of both congregations each month. There would be joint or combined services for all religious holidays, at which the Joint Choir would sing (except for Pentecost, which would have been too difficult to schedule because of the separate confirmation classes at the time.) The committee would also spearhead two publications, a joint church pictorial directory, and a cookbook called "Cooking for the 250th Anniversary" (in conjunction with the Ladies Aid Society). 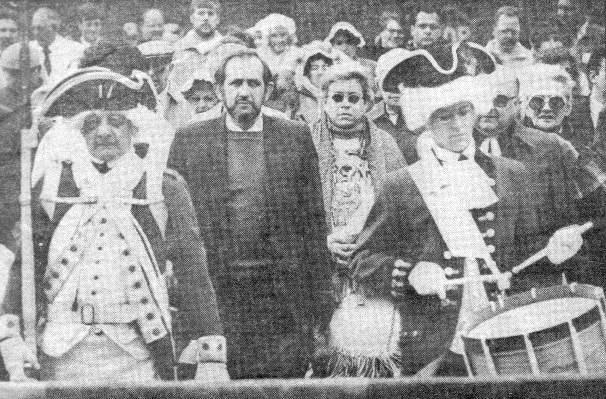 My reflections of the year were that this slate of events showed the congregations that we could work together and that is was fun to be together at the church. I believe that we are indebted to the work of the 250th Anniversary Committee for their vision of new future for our church, even though they may not have realized it at the time of the planning of the year long celebration.

The 275th Anniversary Committee is drawing on the inspiration of the 250th Anniversary Celebration and planning events that - it is hoped - will be memorable and have a lasting impact on the congregations.  All of our events are planned for both our church members and our community.

I have appreciated the positive responses to my articles. If you have a curiosity about our church and its history, please contact me through the church office or at Finkyx@aol.com.